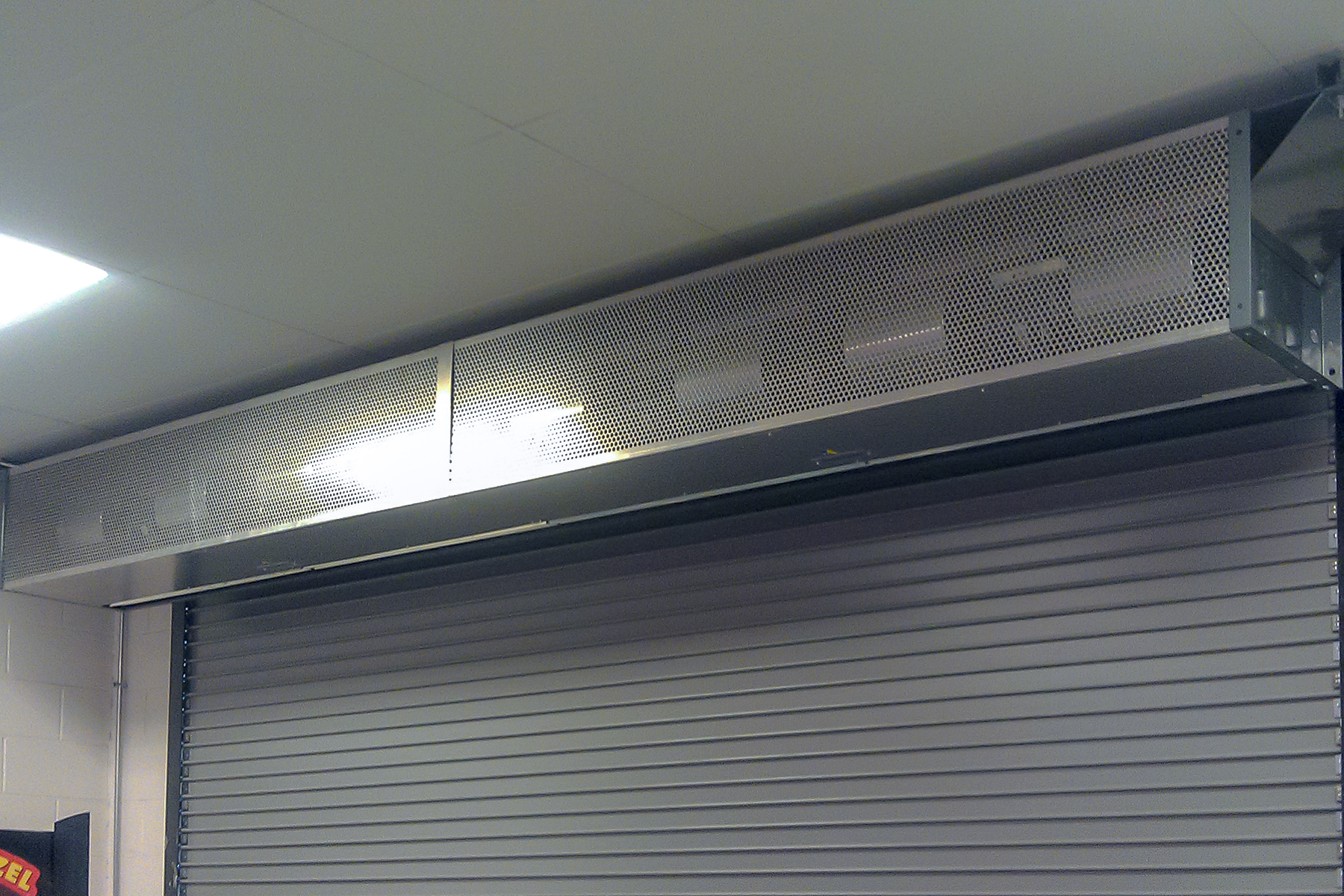 Air curtains at baseball stadiums are for the birds. That was the local health inspectors’ philosophy when they mandated air curtains to deter pesky seagulls at the Florida panhandle’s new $18 million Pensacola Bay Front Stadium that’s merely 50 yards from the ocean.

Air curtains are designed to conserve energy and prevent flying insect and dust infiltration, not discourage three-pound birds flying at 20 mph. However, after several months and more than 60 ballgames, the inspectors were correct. Not one seagull has ventured past eight air curtains that protect two separate 3,600-sq.ft. food preparation and service concession areas at the home of Cincinnati Reds new AA Southern League affiliate, the Pensacola Blue Wahoos.

The 5,038-seat stadium has already catapulted to one of the top grossing food sales venues per capita among the dozens of foodservice concessions under Ovations’ management. The sales results of the ballpark’s cutting-edge menu are why Ovations is one of the most sought-after foodservice designers/managers in North America. Ovations’ trendy philosophy of freshly-cooked food-to-plate counters the conventional minor league park culture of wrapped hot dogs and hamburgers with long shelf lives. In addition to standard ballpark fare, some of the unique entrées include fish tacos, 12-inch cod/coleslaw sandwiches, shrimp po’boys, southern barbeque sandwiches, chicken salad sandwiches. More importantly, they’re all served fresh without protective foil wrappers or warm holding drawers, which is common among other concession operators. “The food here is really innovative and adds to the fun ballgame experience we create here,” said Tommy Thrall, the Blue Wahoos media coordinator and radio broadcaster.

The air curtain finish matches its roll-up door surroundings and offers an aesthetically modern built-in appearance, versus the other code-satisfying alternatives–an uninviting closed wall/door obstruction around the concession areas or 50 temporary floor-standing oscillating fans. Neither alternative environmentally seals a doorway from flying insects with a curtain of air, according to Morel.

The air curtains in the two main 360-square-foot pedestrian concession entrances are only five feet from food and money transactions. Therefore, Mark Micallef, Ovations’ onsite director of food and beverage, finds the medium fan speed strong enough to thwart flying insects, but not strong enough to blow beer or popcorn out of containers and paper money out of hands. Ballpark concessions rarely include air conditioning because of their openness, therefore the nearby air curtains also offer a slight residual ventilation benefit to foodservice workers.

The kitchen design and equipment are equally high tech and displayed in full view behind the belly-up counters as well as through the main cooking areas’ windows, which were purposely built into the design to showcase the high tech foodservice operation. Like the air curtains, Morel specified some of the foodservice equipment industry’s cutting-edge brands, such as Dean Fryers by Frymaster L.L.C., Shreveport, La.; beer systems by Chill-Rite/Desco Inc., Slidell, La.; portable carts by Corsair Display Systems, Canandaigua, N.Y.; ovens and stoves by Bakers Pride Oven Co., New Rochelle, N.Y.; exhaust hoods by Accurex, Schofield, Wis.; and soft-serve ice cream machines by Stoelting, Kiel, Wis.

“I’m a proponent of anything that prevents flying insects near the food and its preparation, and especially at ballparks which have many insect-attracting sweets such as cotton candy, ice cream and popcorn.”

Thanks to Ovations’ attention to quality and sanitation, the only fish the seagulls and flying insects approach are in Pensacola Bay.

Velocity, volume, and uniformity work together to create the ideal air curtain performance, therefore relying on only one or two of three could skew performance results.

Velocity: To properly design an air curtain installation, the airstream must hit the floor with enough velocity to create a split. The split, which creates stability, strength, and direction for the air entrained on each side of the airstream, should occur right at the doorway’s threshold. An installation with a weak airstream, one that barely splits, for example, is only viable for applications involving temperature differential without wind, such as internal doorways. They’re capable of stopping infiltration or cross-contamination of environments due to airflow caused by the temperature differential, but they become ineffective once wind is introduced. Few external doorways are not affected by wind loads.

Volume: Volume, on the other hand, is the building block that allows a properly designed and pressurized discharge plenum to generate a high-velocity laminar jet stream. The taller the opening, the more volume that is required to generate a thicker, higher velocity airstream to resist wind loads of four to five mph. Obviously, an air curtain for a fast food restaurant’s drive-through window doesn’t need as strong a volume as a 16-foot high door in a shipping area. Once an air curtain activates and creates a split, it creates a “skin” over the building’s volume of indoor air and uses this internal pressure to resist wind. The split then rolls the entrained conditioned and unconditioned air back to their respective areas.

Uniformity: Another important factor to consider in air curtain performance and selection is uniformity, which only impacts the airstream effectiveness when it drops below 75%. An air curtain that focuses too much energy on generating a high uniformity loses velocity, therefore reducing its effective wind resistance.